Hello everyone,
recently Matt Colville released a video talking about fudging dice rolls, i.e. the GM setting the dice as he thinks fits the story most. I have some things to say about that …

I seriously recommend you to watch Matt's video first though, because this blogpost is 50% reaction to his video, and 50% my opinion, building on his opinion. – This video is, again, based on a German video I published on my YouTube-Channel.

What does fudging mean?

In "older" games, like DnD5, the GM often rolls dice behind a piece of cardboard, also called the GM-Screen. They do this, because behind the GM-Screen they often have their notes for the session: How many HP does each monster have, where is the villain, etc.
In RPGs you also often roll dice. You as the GM roll in front of you, which, if you have a GM-Screen, will be behind the GM-Screen.
If a dice the GM rolled gives a result, which would mean, that the story would take an undramatic or other unpleasant turn, you can quickly conclude: I could just say the result is something completely different, than what I rolled. The players cannot see it anyways.
That is what fudging dice rolls means.

I actually wanted to write about fudging dice rolls for quite a while now … Adam Koebel has already talked about this, Matt Colville has, and now it is my turn.
My opinion is somewhat similar to Adam's, but here and there I have some things, to add.
As a clarification: I absolutely do not want to be the guy screaming: "Fudging dice rolls? No! Think of the children!!" – Nah … Just do whatever you have fun doing. (Depending on when you ask me, my opinion might also be "Do not fudge dice, goddamnit!!1" though)

His first point is that, if you fudge dice rolls you would be lying to your players … But you are lying to the players anyways, since there are no dragons!
In my opinion, this is a completely different kind of "lie". The Let's-Pretend-Lie is implied, and everyone is on board, from the get-go, however no one agreed on the The-GM-Rolls-Dice-But-Decides-If-They-Keep-It-Or-Not-Lie, which is why it happens behind the GM-screen.
For Matt's statement to work, everyone would have to know, that the GM may fudge dice rolls, and that they will do it – this is also Adam's opinion.
Implicit expectations should be talked about … But this does not even seem like an implicit expectation from Matt Colville, since he later says, that he sometimes prepares fudged dice beforehand, so he can show the (fudged) dice as an actual roll, actually lying at the players (for "their own good").
In my opinion this is cheating, in a system with many rules (yes, DnD5). Regarding the system, i.e. you might do mistakes as the GM, because the rules can be complex, etc. Matt and I will talk about in a bit.

Afterwards Matt Colville talks about the Kriegsspiel for a short time, that the best judges did not even use the tables. I do not really know how the Kriegsspiel works, but can imagine, that it was fun without the tables; but you would need to keep in mind, that those people were not playing the Kriegsspiel anymore, but the judge was playing their own game – which is what Matt says too … I think this is a bad comparison though, so let's not talk any more about this.

It [is up to the GM] to curate the results of the players, in orders to make it feel realistic and dramatic and fun.

This is not just the job of the GM, but the job of every player at the table. Everyone should listen closely to the other players statements (and their own of course), to create a credible story, together. Drama, and especially fun, are a side-effect of this, and cannot be "produced" in a collaboratively told story.
However some systems help more with Drama in a story, than other systems. DnD does so less than other systems, sadly.

To roll dice, or not to roll

Now: I first wanted to say, that this whole fudging dice thing really seems to me like things "authors playing DnD" do, who should go and write their stories, and I wanted to bash DnD for being the system these authors use to pretend to play, but to actually force their players through their story, but I noticed something surprising: There are two camps of game-styles going back and forth over the years:
At the beginning (with Gygax) the players played DnD (as it was played back then), rolled Dice, etc. – But Gygax sat behind his GM-Screen and did not really roll dice!

The rules were "intended" for the players, while the GM seemed "special" (a statement I really hate). Thus my instinctive answer: "You're an author, not a GM! Go write your books!" – Let's remember that!

Then there is the normal, current DnD – the GM sits behind their GM-Screen, with their notes, and rolls dice for the result.

And then there are more narrative games like Burning Wheel, PbtA, Blades in the Dark, Lasers&Feelings, etc. where the GM has no GM-Screen, neither do they roll dice.
Wait a second. Except the GM-Screen, and the dice-rolling-noises this is exactly what Gygax did!

Well, enough of my realization, that Gygax was a cool guy, and me never looking at games where the GM does not roll dice the same way again, and back to the topic of fudging dice. Matt's next point:

It all lies in the system

It's when things go bad in encounters that were supposed to be [easy][…], just because of the die rolls, that I start to fudge dice, because that's a mistake I have made.

This very much seems like a problem of the system being played. Time to bash DnD, my favourite activity! Just kidding, DnD is just an example for more mechanical games – if the GM does not have to roll dice at all, or can change the results, according to the rules, after the roll, this would not be a problem.
Matt also says that he fudges dice, if the rules are new and complicated (I could rant for 2 pages about the CR system being bad, but that is not the topic of this post), and thus he has built a too difficult encounter.
In both cases: Dice rolls turning against the players, or the rules being too complicated, dice are being fudged to not ruin the story.
The second case is easily solved: Play something more easy, so that you cannot fail planning a fight, or alternatively play something where you can adjust the difficulty of the fight while fighting (without making it look like "oh, the GM is being lenient on us, and does not want to kill us").
The first case is a bigger problem: The d20. The d20 is very swingy - meaning that every result is equally probable: 5%, while 2d6, or even 3d6 come much closer to a bell-curve, thus are not completely unpredictable, and model reality better – sure, with appropriate target numbers you can try making the d20 nicer, but in the end it is still swingy.

The problem with dice is, that they're random. […] Because we're human beings, we're very bad at dealing with randomness. […][…] The dice don't care about drama.

This makes me want to ask a counter-question: Why are you playing a system where the core-mechanic of the game is unpredictable randomness (the d20), and you do not get any way to change the result after the roll, so that it better fits your story?
In FATE e.g. the GM also rolls dice, but 1) they roll 4d3, thus the results are closer to a bell-curve, so you can actually make a good prediction of what is going to be rolled, and 2) FATE's rules give you the ability to manipulate the dice result, after it was rolled (which as a bonus also makes the narration better).
DnD does not have a "modify-after-roll" rule like FATE, because the goal of DnD is a fighting game with a tactical element.

But even with a less swingy dice-system randomness would not be such a problem. In Shadowrun 5 for example you roll multiple d6 and count every 5 and 6, which is also way more predictable. In my 12 or so oneshots I played I only had one, or two circumstances where I thought: "I would really like to fudge that dice roll".
But since I always roll in the open anyways that old cleaning-woman did a combat roll out of a van driving at 50km/h, and tazed our troll really badly.

You imply the story is most important, thus fudge dice, but play DnD!
Why is that? DnD is, regarding its dice-system, a game of luck - any narrative will suffer from this. This is in the DNA of the game, but still DnD is being used for non-game of luck things, like a dramatic, narrative story. Two philosophies are colliding here:

But these are mutually exclusive! You can just have one! If you want both you will eventually reach a situation where you have to choose: 1 or 2. Rules and game of luck, or fudging dice and story.

The thought "Story is more important than rules" also leads to things like the golden rule "Ignore rules as you feel like", which I dislike, too! If you want to play a game, at least try playing by the rules!

I want to play to […] find out what's going to happen, and sometimes the dice say: "Guess what? You die!"

That is Play To Find Out, DnD-Style. If you are playing DnD you should know that, and you should all be on board with that, but most people do not know that, or do not want that to be true, because DnD should be the system for everything, which it just cannot be.

One last important sentence from Matt I would like to pick up, on:

[…] You see lots of people extolling the virtues of DnD as a story telling game, this is something I very strongly disagree with […], the main reason I disagree with that are the dice

I actually agree with you on this one, Matt. But you still (intend to) use DnD as a story telling game. Your solution to the dice problem: Ignoring them.
Huh? Why not play something different?
It is again the conflict of playing what you know and love – DnD – where some things are decided by pure chance, against a story with drama …

Serious conclusion, without bashing, or anything related, which I should probably say after all of my rants/IMHOs/…:
Just because I hate something, it does not mean that I hate you because you like or do that something.
This something can be fudging dice rolls, Shadowrun, DnD, …
If fudging dice works for you, that is okay. I personally hate it, and would I know, that you fudge dice rolls, I would push you hard towards games like PbtA, Blades in the Dark, etc. where you do not have to fudge dice to get a great narrative die result.

Oh, and if you actually want to fudge dice rolls: Players notice you fudging dice rolls more easily, than you think. Been there, done that – Ask my offline DnD group. 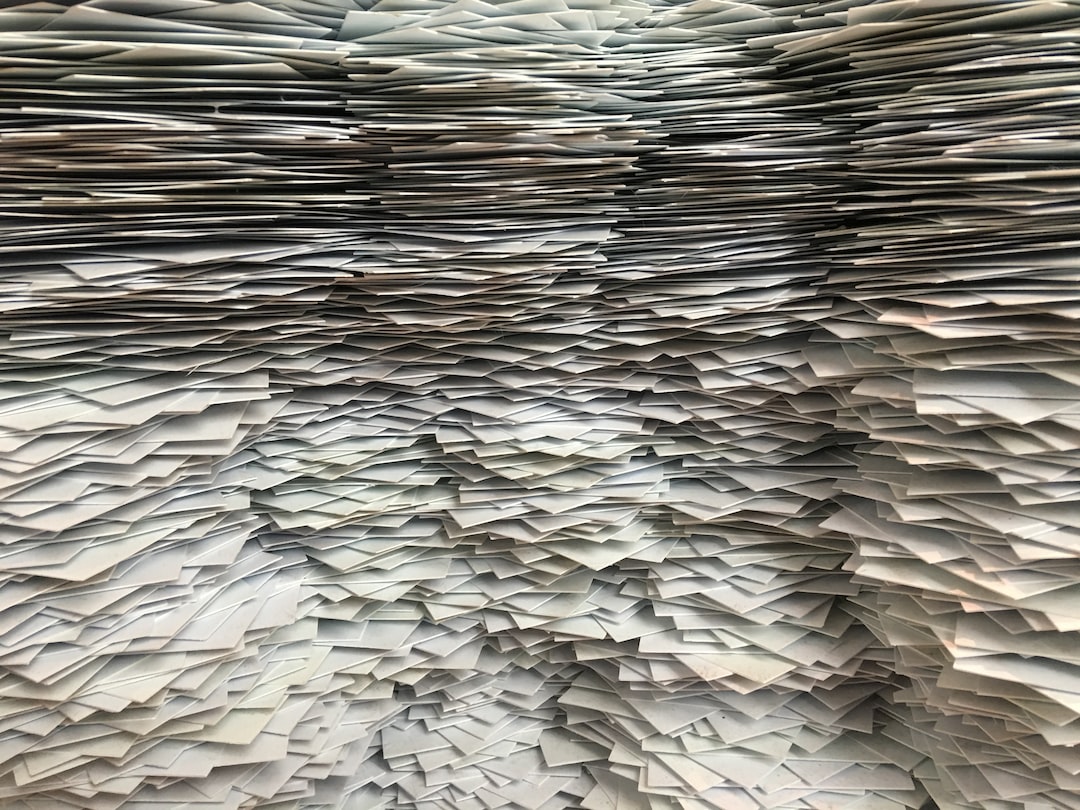 Hello everyone, today I want to talk to you about one of my favourite TTRPG-systems: Powered by the Apocalypse, or short: PbtA. I will tell you how PbtA works, and 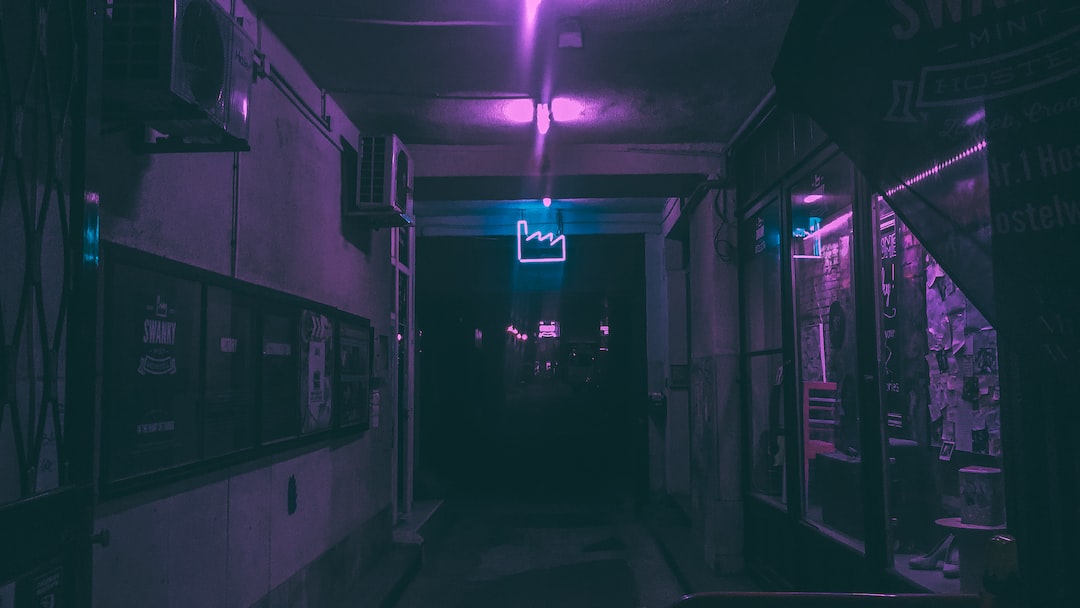 Today something completely different from me. I will review an actual "board"-game today, instead of a Tabletop RPG. The game I want to talk about is called Inhuman Conditions,